Part of cutting back on Facebook use is the realization there’s an awful lot of stuff that’s ended up over there that should have been over here. I built a Lego Saturn V. I created a bunch of stuff on the 3D printer. I wrote things. I argued about stuff. I took photos. There’s been a whole bunch of pottery and stained glass artwork that, um, is on Facebook’s servers.

And to a certain extent that’s all fine and good, it’s where friends and family could see it, and hey, that’s the goal, right?

But it also means that I lose some control over it too. Not in that other people can share and copy and post – that’s all fine, I’m good with that. But in the sense that all that content effectively belongs to Facebook, and not to me. Facebook could decide to delete it. Or block it. Or monetize it. (I mean, they already do monetize it – all my content on Facebook comes with ads, in your browser, that Facebook makes money from.)

So, I’m going to intentionally try to stop doing that, and instead post stuff here (which will then be automatically shared through Facebook and Twitter.) It’s fine to comment there, I’m not going all “DELETE FACEBOOK!!!!!” (or at least not yet), and if you do I’ll still engage with you there about it. But the thing you’ll be commenting about is going to be over here – and that, I think, is the right way to do it.

And hey, look, pictures! I ordered a cheap photo tent and I’m testing it out with one of my pottery pieces. Pretty, huh? 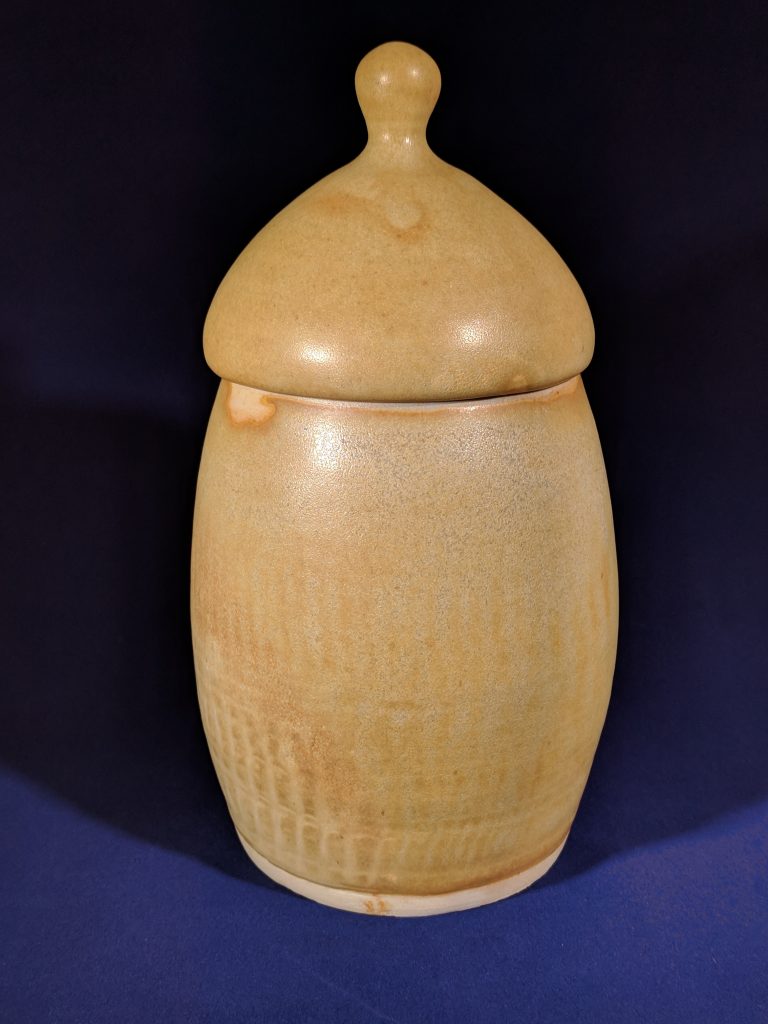 Porcelain, fired to cone 11, with a desert sand glaze.