May20 Comments Off on We don’t need no stinking badges…

I used to collect all my speaker badges. Started the very first time I was asked to speak in front of a group and then it just became a thing. Office moves, job changes, the badges moved too. Got to be a very untidy mass of badges hanging (usually) from my bookshelves.

When I left DWT I had help packing my office and I didn’t think to say anything about the badges… Which apparently got thrown away. I was a little surprised at how strongly I reacted to that.

Last week I was asked to speak at a conference. So I’m keeping the badge, and because it’s the first one where I didn’t represent someone else, it gets stuck on the wall in its own spot. Future ones probably will just get hung on the bookcase again. 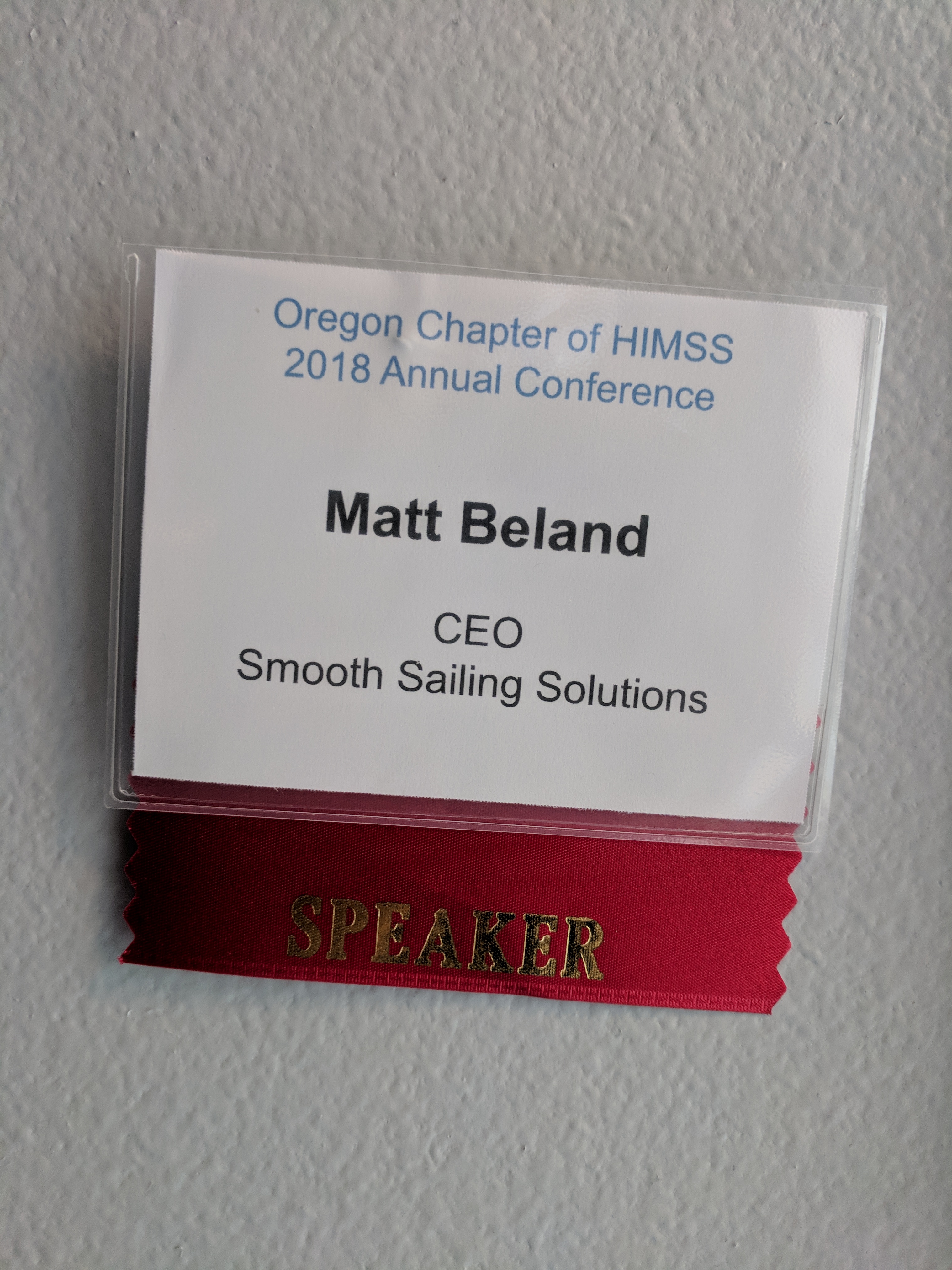 Side note: I should probably have done a better job keeping track of speaking engagements. I didn’t think anything of it, but it’s literally dozens, and apparently that’s impressive to some people.